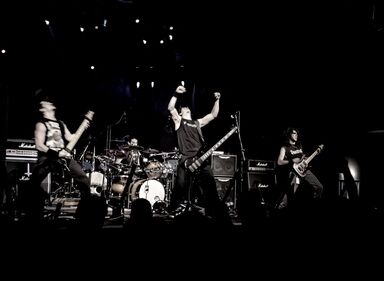 Vomitile is a Death Metal band from Cyprus that was formed in late 2007 and has been active since then. Within more than ten years of existence, they have released three studio albums and have performed in numerous live shows in Europe and their home land. They also embarked in two European tours, the first one in  2014 that was followed with a co-headling European tour with Master (USA), and the second one in 2019 as headliners. Vomitile also have shared the stage with legendary acts of the worldwide death metal scene.  The band is planning to enter the studio in 2021 to record their fourth full length album looking forward to promote their music wherever possible.